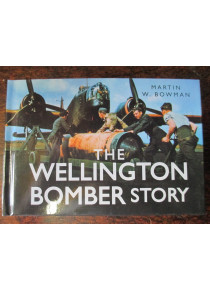 The Wellington British Bomber of WW2 was made by Vickers. A long range medium bomber it was designed in the 1930's. During the early years of WW2 it was utilized as a night bomber. But with the advent of the "Heavy" four engined bombers like the Lancaster, it continued as a successful anti- submarine bomber. Many RAAF personnel served on this plane. Huge amount of photos of the bomber are illustrated in this book.