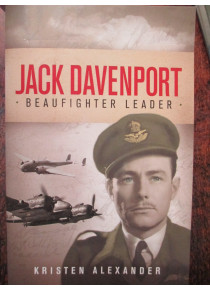 Bio of a RAAF Pilot ﻿flying Beaufighters with RAAF 455 Squadron Sqn during WW2.

Jack Davenport, Beaufighter Leader recounts the life of an Australian hero. Jack saved the lives of his crew from a near-fatal spin and rescued a pilot from a blazing aircraft; he flew close to well-armed enemy vessels to drop his torpedoes; and led large formations in the narrow confines of the Norwegian fjords to successfully attack enemy shipping. But there is more to heroism than just courage and brave deeds; Jack's career also encompassed the heroism of conviction, duty, responsibility and dedication to service.﻿