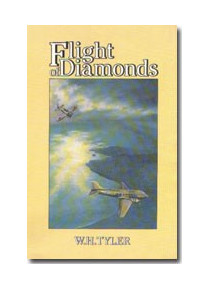 The 1942 Japanese attack on Broome had been kept hidden by the Curtin’s wartime government. Tyler gives the first full account of the raid and of the loss of $12 million in diamonds, still unrecovered. Copious illustrations of Japanese, Dutch, United States and Australian aircraft and personnel involved in the disaster.