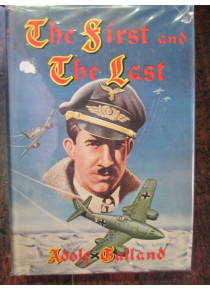 The First And the Last by Adolf Galland

The author Adolf Galland, was the most famous of the German fighter pilots, and a General in the Luftwaffe and an age of 29 years.

It is the only personal account to be published in English of the rise and the decline of the Luftwaffe, and he is one of the few survivors capable of telling the full story - thus the title "The First and The Last". Galland took part in the Battle of Britain and the defense of the Reich against British and American bombers.

It is hardly surprising that, of all the stories of the air war from the German side, this is the utmost authoritative.﻿