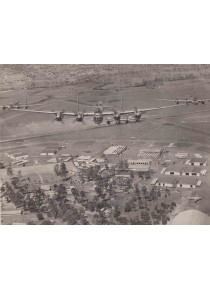 From late 1946, Australian-built Lincolns were phased into No. 82 Wing RAAF at RAAF Amberley, replacing the Consolidated Liberators operated by 12, 21 and 23 Squadrons. In February 1948, these units were renumbered 1, 2 and 6 Squadrons respectively; a fourth RAAF Lincoln squadron, No. 10 was formed on 17 March 1949 at RAAF Townsville as a reconnaissance unit.

The RAAF Lincolns were retired in 1961, with the MR.Mk 31s of No. 10 Squadron being the final variant to see service in Australia﻿