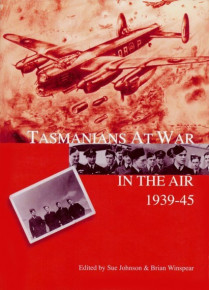 During the Second World War 40,000 elite young Australians, many of them Tasmanian, joined the Royal Australian Air Force as air crew. They had no idea of where they would go or what they would do, but they knew their task would be demanding and dangerous.
None of them would know that one in four would certainly die, or that  every second one would never see home, Mum & Dad, or their girlfriends again.

This is a selection of their heroic experiences told in their own words.

Also included are short biographies of a number of Tasmanian air crew from the Second World War, and a Roll of Honour of those killed on active service﻿