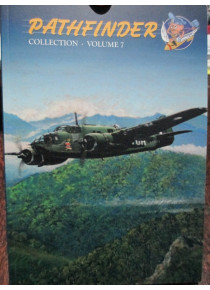 Since June 2004 the Royal Australian Air Force (RAAF) has published a fortnightly news bulletin titled Pathfinder.
These bulletins deal with many topics relating to the RAAF but mainly fall into two categories contemporary airpower issues and historical aspects. This volume 7 is a collection of issues from 217-252 in the series.

The Airpower Topics Include;