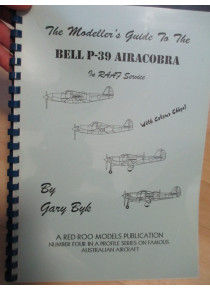 The Airacobra was a controversial aircraft, both in design and application. Led by the dynamic Larry Bell, the Bell Aircraft Corporation produced its first fighter design when it had built a total of 15 aircraft. Overcoming considerable misgivings within the ranks of military pilots, the company promoted its product as technologically advanced. Unfortunately the design was hampered by inconsistent thinking and governmental vacillation and when the first “big” sale (to Britain) was achieved, the aircraft was found to be wanting in its performance.

Airacobras were introduced to Australia in 1942 when American aid was rushed to the South-West Pacific. The RAAF was struggling to raise new fighter squadrons because of a lack of aircraft and approached the US Army for the loan of a small number of aircraft to help equip these newly formed fighter squadrons. The US 5th Air Force made some 22 Bell Airacobras available and these aircraft were operated by the RAAF with varying success for a period of two years before those remaining were returned to the Americans.

This book details the fate of each aircraft, provides detailed notes and discussion about colour schemes and markings, covers squadron use and provides a short, comprehensive history of the type in RAAF service. Modelling hints are also included. A list of RAAF paints and matching FS and BS numbers is incorporated and four facsimile colour chips are also included.