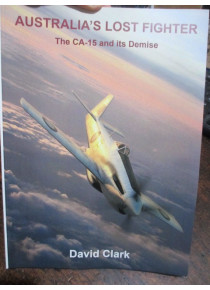 Due to protracted development, the project was not completed until after the war, and was cancelled after flight testing, when the advent of jet aircraft was imminent. ﻿
This is the history of this fighter which was allocatted the RAAF serial number A62.