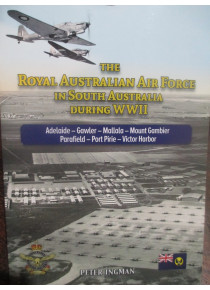 The Royal Australian Air Force in South Australia during WWII

At the start of the Second World War there was no permanent RAAF presence in South Australia, but within just two years there were many facilities housing thousands of personnel and hundreds of aircraft.

The bulk of this hurried expansion involved Empire Air Training Scheme facilities and saw some 23,000 South Australians serve locally with the RAAF.