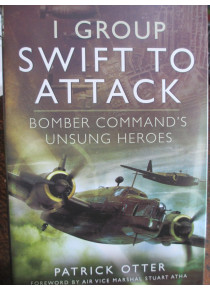 A well-researched and accurate account of the largely "forgotten heroes" of 1 Group, RAF Bomber Command in the Second World War.
The narrative moves at a fast pace which combines appropriate levels of detail regarding operations, aircraft, bases and incidents, in the wider context of the unfolding Second World War, set against a backdrop of policy failings and evolving successes, and more than anything, the sheer determination and bravery of young British, Commonwealth including Australian aircrews who never hesitated in giving everything to the cause of ultimate victory, regardless of the personal cost.

An over-due tribute to a major contributing factor towards the ending of the Second World War in Europe, which well highlights the superiority of the RAF equipment made available and tactics adopted as the war developed, the humanity and professionalism of the participants, the amazing odds against which they were flung, and the conveyance of a real feeling of being there re-living these exploits.﻿