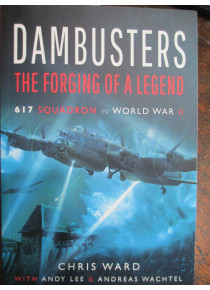 Dambusters The Forging of a Legend 617 Squadron in WW2

617 Squadron of 5 Group RAF Bomber Command was without doubt the most famous RAF Squadron in World War II. It was formed to carry out the precision low-level attack on the Mohne, Eder and Sorpe Dams, using Barnes Wallaces newly developed rotating mine, now commonly referred to as The Bouncing Bomb. The raid was a tremendous success, although at great cost to the squadron, and proved to be a great moral booster for the war-weary British public. Guy Gibson VC was tasked with organising the formation and training of the new squadron and the Dambusters have been national heroes ever since. ﻿