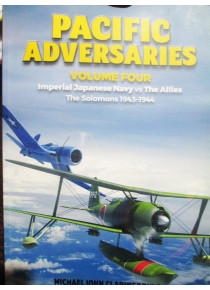 The book concisely defines the aircraft and men who took part in the combat.

Often the actual outcomes are very different to the exaggerated claims made by both sides as outlined in most traditional histories. In some cases, this factual approach enables long-standing mysteries to be solved. Graphic story photographic or other evidence enables accurate depictions of the aircraft involved. This series has an ever growing audience of WW2 RAAF, Japan and US Army Navy Air Force researchers.