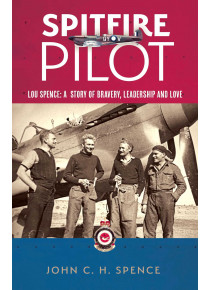 On the 3rd September 1941 he sailed from Sydney bound for the Middle East. He become a member of 3 Squadron piloting Tomahawks and Hurricanes against Rommel’s forces. Fellow pilots included RAAF heroes like Bobby Gibbes and Nicky Barr. He returned to help defend Australia, against the Japanese onslaught. Lou become an instructor at No2 Operational Training Unit Mildura. A courageous pilot, he was keen to reunite with dogfight action, later transferring as a Squadron Leader with 452 Squadron at Strauss base Darwin, flying the famous Spitfires. After the WW2 he went on to lead the RAAF 77 Squadron flying Mustangs in the Korean War.