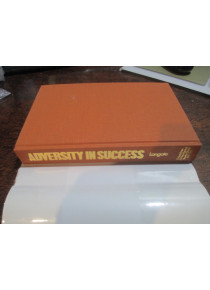 $40.00
Adversity in Success Extracts from Air Vice Marshal Hewitt's Diaries 1939-1948 by J E Hewitt
Adversity in Success, is a first-hand account of the RAAF operations in the South West Pacific air war. In February 1943, Hewitt was appointed Air Officer Commanding (AOC) No. 9 Operational Group (No. 9 OG). The RAAF's main mobile strike force, No. 9 OG initially comprised seven Australian combat squadrons and came under the control of the US Fifth Air Force. The month he took over, Hewitt's squadrons were reorganised into two wings based in New Guinea: No. 71 Wing, comprising units at Milne Bay, New Guinea, and No. 73 Wing, comprising those at Port Moresby. In March, No. 9 OG led the RAAF's contribution to the Battle of the Bismarck Sea, "the decisive aerial engagement"