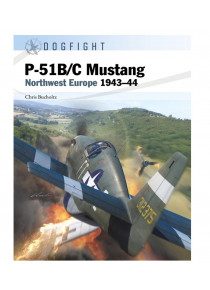 Göring admitted that the appearance of long-range Mustangs over Berlin spelled the end of the Jagdwaffe's ability to defeat American daylight bombing. But the Mustang was far more than an escort - it was a deadly hunter that could out-perform nearly every German fighter when it was introduced into combat.

Entering combat in Europe in December 1943, P-51Bs and P-51Cs had advantages over German Bf 109s and Fw 190s in respect to the altitude they could reach, their rate of climb and top speed. Initially tapped for close bomber escort, Mustangs were quickly turned loose to range ahead of the bomber stream in order to challenge German fighters before they could assemble to engage the bombers en masse.