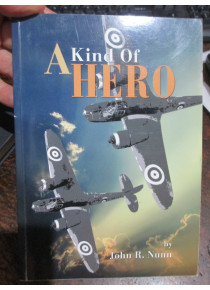 Story of RAAF pilot Edward (Ted) Anderson. Ted enlisted on the 5th of April, 1940 aged 19 and served to the end of the war in 1945. He was awarded the Distinguished Flying Cross and the Distinguished Flying Medal. He flew many aircraft, Harvards, Tiger Moths, Blenheim light bombers, Hurricane and Mosquitoes Fighters. He had a stint in the famous Lancaster bomber in which he was shot down by a German Messerschmitt.