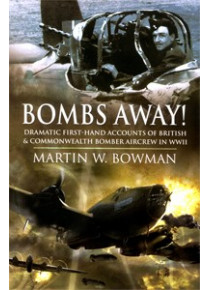 A wide-ranging study of the gallant men of Bomber Command - 55,000 of whom died carrying out their thankless task - and whose courage and endurance their nation only recently and belatedly acknowledged.

This is a unique selection of wide-ranging experiences of British and Commonwealth Bomber Command aircrew during the Second World War. ﻿