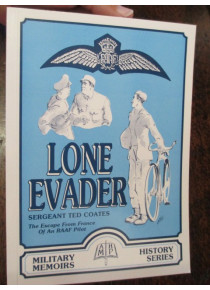 The story covers the authors training in the Empire Training Scheme Canada and becoming a pilot of Wellington Bombers with Bomber Command Britain. It mostly details the happenings after he is shot down on a Bomber raid over Germany. He parachutes into France and then his escape via Spain back to Britain.