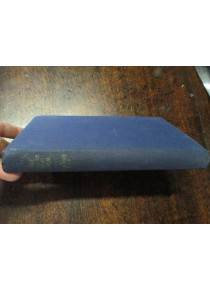 HMAS PERTH Memorial Book Age Shall Not Weary Them

Age Shall Not Weary Them. The Story of H.M.A.S. Perth by R G Roberts

The Story of H.M.A.S. Perth. By Rowland G. Roberts.﻿ Several books have now been written about the Perth tragedy. This is the most scarce of those accounts.

Roberts was the Yeoman of Signals﻿ on board HMAS Perth, he published this account in 1943.
HMAS Perth﻿ was a Australian Navy light cruiser which was transferred from the British Navy to the RAN in 1939.
During WW2, Perth took part in the Battle of Greece, Battle of Crete, and the Syria-Lebanon Campaign before returning to Australian waters in late 1941.

In February 1942, Perth fought in the Battle of the Java Sea / Sunda Straits, during which it was  torpedoed and sunk by the Imperial Japanese Navy. Of the 681 sailors aboard, 353 were killed in battle. All but four of the 328 survivors were captured as prisoners of war: 106 died in captivity, and the surviving 218 were returned home to Australia﻿

Includes the full story of the Perth and crew up to the sinking appendixed is a
Roll of the Missing.