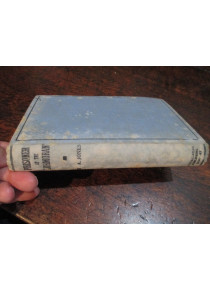 Prisoner of the Kormoran WW2 before HMAS Sydney

Prisoner of the Kormoran ' W. A. Jones edited by James Taylor .

Prisoner of the Kormoran ' W. A. Jones edited by James Taylor .

In 1941, the Australian Freighter "Mareeba " and all her crew disappeared without trace , when bound for Calcutta . However there was one survivor, W.A.'Syd' Jones, the only survivor, relates how the vessel was sunk in the Indian Ocean by the " Kormoran " which later was destroyed by and in turn destroyed HMAS Sydney .

He was taken prisoner by the German raider for five months, later being transferred to a prison ship. At Cape Horn the prison ship was sunk.
Jones and companions suffered exposure on the high seas until they were picked up by a German U Boat. Later he was sent as POW to Bremen.

Interesting story especially with it's relation to Australian's greatest single wartime loss the mystery of the sinking of HMAS Sydney .