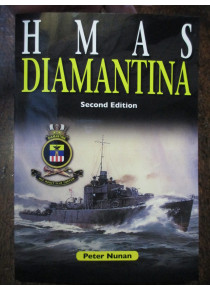 The HMAS﻿ Diamantina is Australia's largest World War II survivor and the last of over 200 River class and variant frigates the Allies made during that conflict. Built in Maryborough Queensland by the Walkers group it has a proud history for all Australians. The Ship had two commissions between 1945 and 1980. One as the Royal Australian Navy frigate and then as a oceanographic research ship.

As a warship she saw action in support of the Australian Army's Bougainville campaign and then participated in the﻿ surrenders of the Japanese. Documents of surrender﻿ were signed on board for Nauru and  the Ocean Islands.
The HMAS Diamantina continues its valuable service as an historical display at the Queensland Maritime Museum Association's South Brisbane Drydock.﻿