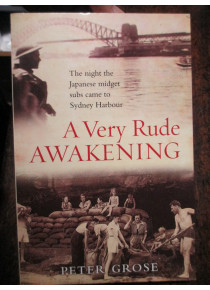 Preparation, The Attack, and Aftermath of the operation and results of the Japanese attack on Sydney Harbour 31 May 1942. On that night, Sydney had just finished a weekend of partying, it was a Sunday. In those years, the Silver City, had plenty to show WW2 soldiers on leave. After all it was a long way from the battlefront.

But on this night, all was to change the battlefront had come to Sydney!
Three Japanese midget submarines silently crept into the harbor past eight electronic indicated loops, six patrolling wall Australian Navy ships, and a submarine net that was supposed to stop everything.
Mayhem struck and left the city bewildered - 27 sailors died.