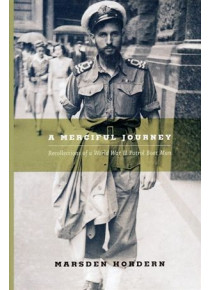 This Australian Navy World War 2 Book is a history of Patrol Boat Operations to the North of Australia.

A Merciful Journey. Recollections of a World War II Patrol Boat Man.' by M Hordern. Hordern served in the RAN from 1942 to 1947 . Drawing on letters and journals he wrote at the time he recounts his triumphs and failures as a naval officer. During WWII he was assigned to small patrol boats, Fairmiles and a Harbour Defence Motor Launch. He patrolled the shores of Japanese-held territory, assisted beleaguered commandos in Timor, and was finally caught up in the drama of rounding up Japanese prisoners of war and guarding them in New Guinea. Text is supported by map b&w pic Illustrations. Indexed.