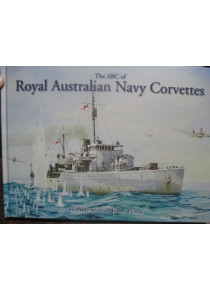 The tradition of naming ships of the Royal Australian Navy’s fleet after our nation’s cities and towns began when the Royal Australian Navy Fleet Unit was created in the years immediately preceding the First World War. When the Australian Fleet Unit first arrived in Sydney on 4 October 1913 it was led into Port Jackson by the flagship HMAS Australia (I), followed closely by two brand new cruisers each carrying the name of Australia’s largest cities - Melbourne and Sydney.

Later, more cruisers were ordered and over time the names of other capital cities were added including Adelaide, Brisbane, Canberra, Perth and Hobart. The citizens of those major cities took much pride in having state-of-the-art Australian warships so named, particularly as most knew someone serving in them. It followed that the exploits and adventures of those men and ships were reported with great enthusiasm and pride by ‘hometown’ newspapers.