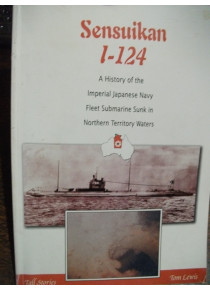 The first attacks on Australia by the Japanese were made by four submarines of the Sixth Submarine Squadron of the Imperial Japanese Navy. Together, these 80-man boats laid mines, and then waited in their killing zones for targets to torpedo. On 20 January 1942, it all went horribly wrong. Sunk with all hands, the submarine I-124 remains outside Darwin today, testimony to bravery but also to folly.
This new edition of a 1990s work features new and improved graphics; a host of photographs, and the complete story of the submarine action, and events through the decades beyond - for the sunken vessel did not lie easy. Code seekers; treasure hunters; and potential salvors eventually led to the formation of the Historic Shipwrecks Act.