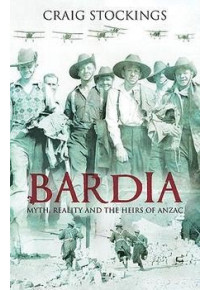 Bardia: Myth, Reality And The Heirs Of Anzac

Bardia: Myth, Reality And The Heirs Of Anzac by G. Stockings :new book

On 3 January 1941 Australian soldiers led an assault against the Italian colonial fortress town of Bardia. Two days later, after 55 hours of heavy fighting, the position fell to the Australians in a resounding victory. At a cost of 130 killed and 326 wounded, the Australians captured around 40,000 Italian prisoners and large quantities of arms and equipment. The success at Bardia was considered to be one of the greatest military feats in Australian history. But despite both the scale and significance of this monumental success, the Battle of Bardia has been largely neglected by historians and is not well known to Australians.﻿