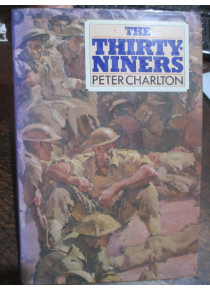 The Thirty Niners Australians 1st to War in WW2

The Thirty-Niners ' written by Peter Charlton. The Thirty - Niners is the record of the original volunteers of the second AIF who enlisted in 1939. Charlton uses letters, diaries, unit/battalions memoirs, veteran interviews to write a great record tribute to those brave boys. He traces their lives through Middle East their return to Australia then on to New Guinea. Includes coverage on Bardia Tobruk Greece Bardia Oz German POW. plenty of named soldier pics - fully indexed. This book is highly regarded.