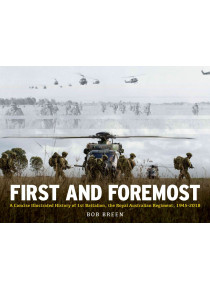 True to the saying, ‘A picture is worth a 1000 words’. This book provides the profound operational record, of the 1st Battalion of the Royal Australian Regiment.
Not to forget, that these illustrated editions of Australian military unit histories become very valuable collectibles. Don't miss this one.