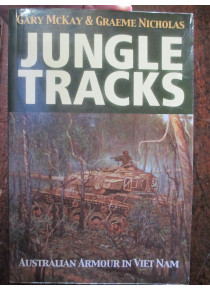 History of the Australian Armour Corps in Vietnam War

The book is very readable and is brought to life through a collection of comments from veterans on the operations in which those men were involved. The authors have provided excellent information that will enable any reader to readily understand the armoured fighting vehicles, weapons and military organisations used.

This Vietnam War book would be a valuable aid to battalion historians, veterans and their families, genealogy researchers, serving members of 1st Armoured Regiment and 3rd/4th Cavalry Regiment .