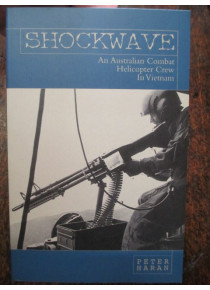 The sound of the Iroquois UH-1H helicopters has become part of the Vietnam War during the 1960's through to 1972. Used as the general military workhorse of the Vietnam War. They used to provide commuter taxis to carry troops in and out of operations areas, to back up troops with supplies and ammunition, and to evacuate the wounded and ill.

This is the graphic story of the pilots and crews of Australia's fleet of Iroquois helicopters during that time, the Dustoffs and the Bushrangers.