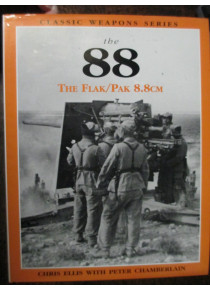 The German 88 earned itself a reputation that would last throughout  WW2. Although devised as an antiaircraft gun in the North African campaign it quickly become known and used as a 'tank killer'. Rommel's forces during the British operation 'Battle Axe' destroyed 123 of the 238 attacking tanks. The gun's success soon led to its adaptation and use in the classic German Heavy Tanks the Tiger I and II. ﻿