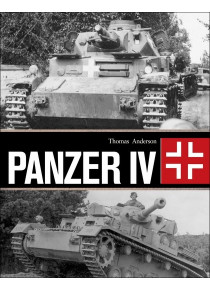 Featuring many unpublished images and first-hand accounts, this is a detailed analysis of the German Panzer IV and ists service throughout World War II.

A German national, Thomas Anderson is a specialist in the German Armoured Fighting Vehicle of World War II. He has spent decades trawling the archives throughout Germany and the rest of Europe to discover little known facts and never previously published photographs of the might of the Blitzkrieg.