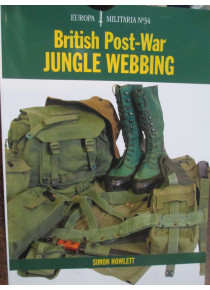 After World War Two the rapid advance of communism and associated political instability threatened Great Britain's interest in the Far East. From 1948 until around 1967, troops were deployed throughout the Malaysian region. To equip the British soldier and Commonwealth troops or jungle warfare the 1944 pattern 'jungle' webbing, designed during World War Two, was issued. In the 1960s, the new 1958 pattern equipment was issued to troops serving in Borneo, alongside the existing 1944 pattern set. Both patterns of equipment were unofficially customized and formally modified to meet the needs of individual jungle soldiers and the tough environment, to keep up with the rapid innovation of small-arms technology.