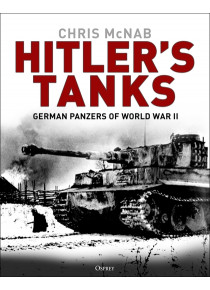 History of the Panzer Hitler's Tanks by C McNab

$60.00
Hitler's Tanks: German Panzers of World War II by Chris McNab
Hitler's Tanks details the development and operational history of the light Panzer I and II, developed in the 1930s, the medium tanks that were the backbone of the Panzer Divisions, the Tiger, and the formidable King Tiger, the heaviest tank to see combat in World War II. Drawing on Osprey's unique and extensive armour archive, Chris McNab skillfully weaves together the story of the fearsome tanks that transformed armoured warfare and revolutionised land warfare forever.