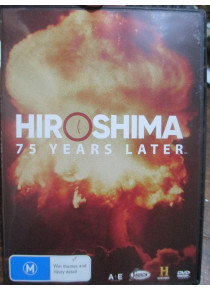 History Channel revisits the atomic bomb city and the Manhatten project. Questions whether the dropping of the bomb was to end WW2 or was it a devastating experiment. Told entirely from the first person perspective of victims leaders physicists and soldiers.
As there is much period footage this program would be of interest to BCOF veteran families as the Australian troops were stationed very close to Hiroshima at Kure.