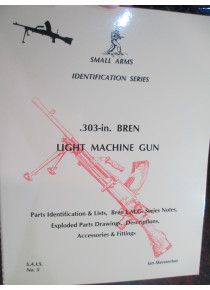 The Bren was considered a reliable and effective light machine gun used during WW2. Made by Britain in the 1930s and used in various roles until 1992. Bren guns were also produced outside of Britain.

In Canada, the John Inglis plant in Toronto began tooling its facilities for production in 1938; the first of 186,000 examples was completed in March 1940. Some of the Inglis-built Bren guns were chambered for the 7.92-millimeter Mauser ammunition; these were destined for export to Nationalist Chinese forces rather than for British and Commonwealth forces.

In Australia, the Lithgow Small Arms Factory in New South Wales began building Bren guns in 1940; a total of 17,249 were built.