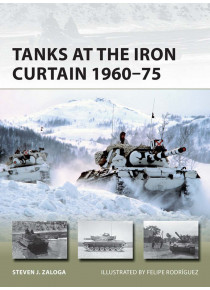 From the 1960s onwards, there was a generational shift in tank design and warfare with the advent of CBR (chemical, biological, radiological) protection and a move away from HEAT ammunition to APFSDS. This shift confronted the growing threat of guided anti-tank missiles and saw the introduction of composite armor.

Soviet heavy tanks and tank destroyer/assault guns became obsolete, giving way to the technological might of the T-62 and T-64, while NATO forces employed the Chieftain, AMX-30, Leopard I, and M60, plus the initial attempt at a common US-German tank, the MBT-70.