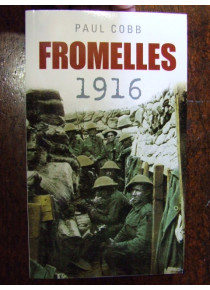 This war book is entirely on the Battle of Fromelles.
Fromelles 1916 By P. Cobb﻿ . The Australian Battalions which took
part in the Battle were the 29th 30th 31st 32nd Battalions 8th brigade, 53rd
54th 55th 56th Battalions 14th Brigade, 57th 58th 59th 60th Battalions 15th
Brigade AIF. On 19 July 1916, near the northern French Flanders village of Fromelles, Australia suffered its worst-ever military defeat when a British officer ordered 15,000
of our best and bravest to go over the top and attack the German lines. Eight
hours later, more than 5500 Diggers lay dead or wounded (1,917 were killed)
the equivalent of all Australian casualties from the Boer, Korean and Vietnam
Wars combined. In addition, some 400 of our boys were taken prisoner. Running
messages and dodging bullets behind German lines was a 27-year-old Austrian
corporal named Adolf Hitler. The battle left its mark on him: Fromelles was
the first place he returned to in 1940 when the German Army marched back into
France. Fromelles ranks as Australia's worst military disaster, yet it barely
rates a mention in our history books. Why did our generals collude with the
British government to cover up the catastrophe? Recently, the Battle of Fromelles
has received prominence due to the efforts of a Melbourne schoolteacher Lambis
Engelzos, the author Robin Corfield, a French mayor and a cast of amateur sleuths
who initiated the successful search for the missing buried diggers.
The detailed text is supported by b/w photos printed on high quality plate paper,
maps and appendixs. The Author, Paul Cobb is a historian, who has spent ten
years researching the battle and the men who fought in it, through the archives
of the Imperial War Museum, the National Archives and the Australian War Memorial,
Canberra.
Lest We Forget the 19th July Men...﻿