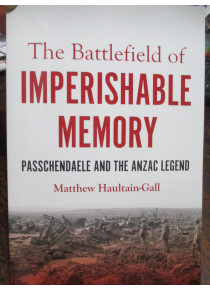 The Ypres salient 'was the favourite battle ground of the devil and his minions' wrote one returned serviceman after the First World War. Few who fought in the infamous third battle of Ypres – now known as Passchendaele – in 1917 would have disagreed. All five of the Australian Imperial Force's (AIF) infantry divisions were engaged in this bloody campaign.

Despite early successes, their attacks floundered in front of the devastated Belgian Passchendaele's when autumn rains drenched the battlefield, turning it into an immense quagmire. By the time the AIF withdrew, it had suffered more casualties over 38,000 casualties, including 10,000 dead, far outweighing Australian losses in any other Great War campaign. ﻿