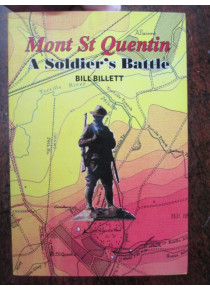 This war book is a dedicated study to the Battle of Mont St Quentin﻿ and Peronne. The author writes the book with extensive military experience serving both in the British Royal Marines and SAS Australian Army.