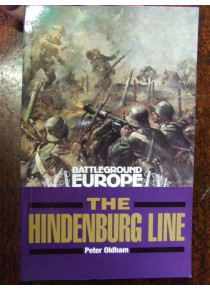 The Hindenburg Line ', by P. Oldham﻿

This military book is a study of The Hindenburg Line ', by P. Oldham.

The Hindenburg Line  - or the Siegfried Stellung as the Germans called their construction - was the formidable defensive works built by the Germans when they shorted their trench  lines on the Western Front in 1917. Briefly breached at Cambrai in 1917, the  Line finally fell to the Allies with surprising ease in September 1918. This  book tells the story of what was then the world's strongest military defences.

Many great 'then and now' pictures which enlightens the researcher or visitor
to the battlefields of that war.﻿