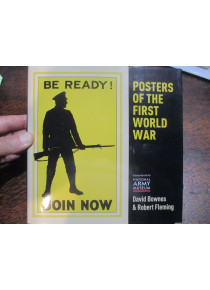 Posters of the First World War

$30.00
Posters of the First World War by D Bownes & R Fleming
At the beginning of the war, Australian volunteers came forward in such numbers that many were turned away as being too short or minor health problems. As the thrill of joining subsided the Allied Governments adopted the relatively new art of advertising to help boost recruit numbers. Striking and colourful posters were produced throughout the war years to recruit soldiers, promote war loans. This book lists the most famous of these posters including Australia.