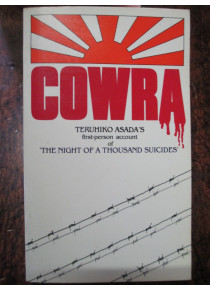 This is an excellent book for detail from Japanese viewpoint of the breakout at Cowra on the 5/8/1944. 1100 Japanese took part 231 of them were killed 334 escaped. Four Australian soldier guards were killed during the escape. at the time the escape was cloaked in secrecy and for many years afterwards. Two of the Australian guards were awarded the George Cross for Valour seven years after the event.