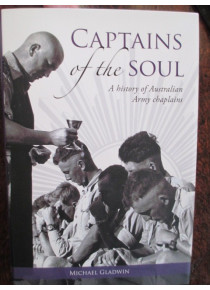 One of the most popular WW1 Australian Army Chaplains, was William ‘Fighting Mac’ McKenzie, his support of diggers in the frontline trenches of Gallipoli and later the Western Front made him a legend of the battlefield. His story plus many other Australian Army padres are covered in this war history book. Included are touching stories like that of Harold Wardale-Greenwood, who died while a POW at Sandakan in July 1945. The book provides a general history of the 'soldiers of the Bible', throughout all conflicts..﻿