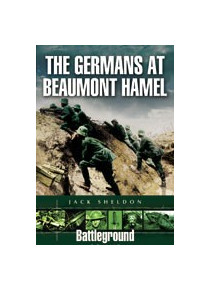 Covers the whole of the Somme battle in the central Beaumont Hamel sector, from the disastrous losses of the first day in July to the German strongpoint's eventual capture by the Highland Division in November.

Beaumont Hamel is the tiny French hamlet that gave its name to one of the bitterest sectors in the battle of the Somme. Well known in Britain and Canada for the appalling losses suffered on the battle's first day, July 1st 1916, (more than 900 men lost from Newfoundland alone are remembered in the preserved trenches of the Newfoundland memorial Park) . This book covers the Beaumont Hamel sector of the front lines from Redan Ridge to the Ancre river and describes why and how the Germans built their defences into such a formidable stronghold. Moving on from the disaster of July 1st, the book describes how defeat was turned into eventual victory with the taking of Beaumont Hamel by the Highland Division at the end of the battle in November 1916. ﻿