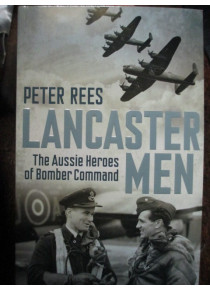 More than 10,000 Australians served with Bomber Command, a highly trained band of elite flyers who undertook some of the most dangerous operations of World War II. They flew raid after raid over France and Germany knowing that the odds were against them. Stretched to breaking point, nearly 3500 died in the air. Their bravery in extreme circumstances has barely been recognised.

Peter Rees traces the extraordinary achievements of these young aviators. He tells their hair-raising stories of battle action and life on the ground. And he recounts how, when they returned to Australia, they were greeted as Jap dodgers and accused of 'hiding in England while we were doing it tough'.

Exciting, compelling and full of life, Lancaster Men is a powerful tribute to these forgotten Australian heroes of World War II.﻿