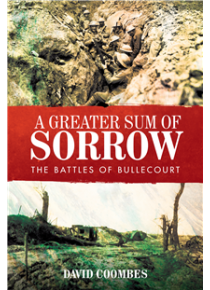 The Battles of Bullecourt

First Bullecourt was undertaken in early April 1917, General Gough wanted the Australian infantry to attack the Hindenburg line in between the town of Reincourt and Bullecourt without any artillery support.

The Australian infantry's only support was to be the new battlefield tank. However, on the day of the battle, the tanks being used were found to be prone to break down. Some did not even make it to the battlefield!

The tanks were also prototypes which did not have the sheet-metal reinforcing compared to later models. Not only that but the quantity of tanks being offered was a measly 12 units.﻿

The Australian troops who were let down by the tanks﻿ had to force the wire by hand﻿ which in some places was 50 metres or more thick. Many were cut down as they attempted this disastrous action. The Australian forces were successful in taking the German trenches.

Some of Australia's best were left on the wire that day. Famous AIF identities, such as Percy Black of the 16 Battalion, said to be one of Australia's most brave soldiers was killed while forcing the 2nd German wire. His friend 'Mad Harry' Murray of the 13th Battalion in the face of certain surrender or a fight to the death, fought his way back to the Australian lines.

In this Battle of Bullecourt there are countless stories of self sacrifice which will not be forgotten. The Gallant 14th Battalion Company Commanders, George Mitchell and the "Fighting Leanes of Prospect" the 48th Battalion....all Australian stories which are as Golden as the Wattle.

Due to poor communication, the Australian artillery would not support the troops even though they had taken the trenches.
Within the same day, the Germans retook all of the Australian gains.

Second Bullecourt was fought one month later in May 1917, it was successful in taking and holding the Hindenburg Line but filled another large Cemetery﻿.

The strategic value of both of these battles to the war was negligible.﻿ Especially considering that all this area would be lost to the Germans - within 12 months.﻿