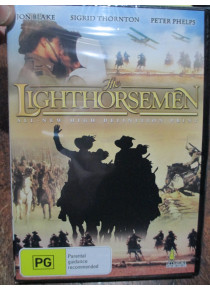 Four gallant men of the 4th Australian Light Horse Regiment are thrust into the last great cavalry charge in 1917.In a desperate attempt to aid the Allies' cause 800 young Australian horsemen set off against gunfire and insurmountable odds in a last ditch attempt to take the Wells at Beersheba. Movie also depicts the Battle of Gaza where ALH took a dominate roll in the attack.