History of the Sixth... 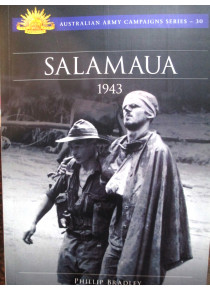 This book is a study of the period in World War Two, between the end of the Kokoda campaign in January 1943 and the start of the New Guinea offensives at Lae in early September 1943, the Australian Army was engaged in some of the most intense and challenging fighting of the war for the ridges around Salamaua.

Following the defeat of the Japanese offensive against Wau, it was decided to carry the fight to the Japanese force at Salamaua but what started as platoon level actions in April and May 1943 soon developed into company, battalion and brigade level operations for control of the dominating ridge systems around Salamaua.

Following an amphibious landing, an American infantry regiment and supporting artillery units were also drawn into the fighting in July 1943. Salamaua 1943 also includes detailed insights into the tenacious Japanese defence of Salamaua, a defence to a threat that in the end was only a feint to draw Japanese forces away from Lae.

Iconic images from the official war photographers Damien Parer, Robert Buchanan and Gordon Short illuminate the pages of the book. The cover shows one the most famous photos of New Guinea campaign taken of Gordon Ayre MM leading Wally Johnson across Franscisco Creek to an advanced regimental aid post. Johnson had been wounded by a Japanese grenade on the 13th July 1943 during an attack on the "coconuts" area. Sergeant Ayre was awarded the military medal for his performance during this action. Courageous stories like the one of Leslie 'Bull' Allen who saved at least 12 wounded Americans at Mount Tambu. 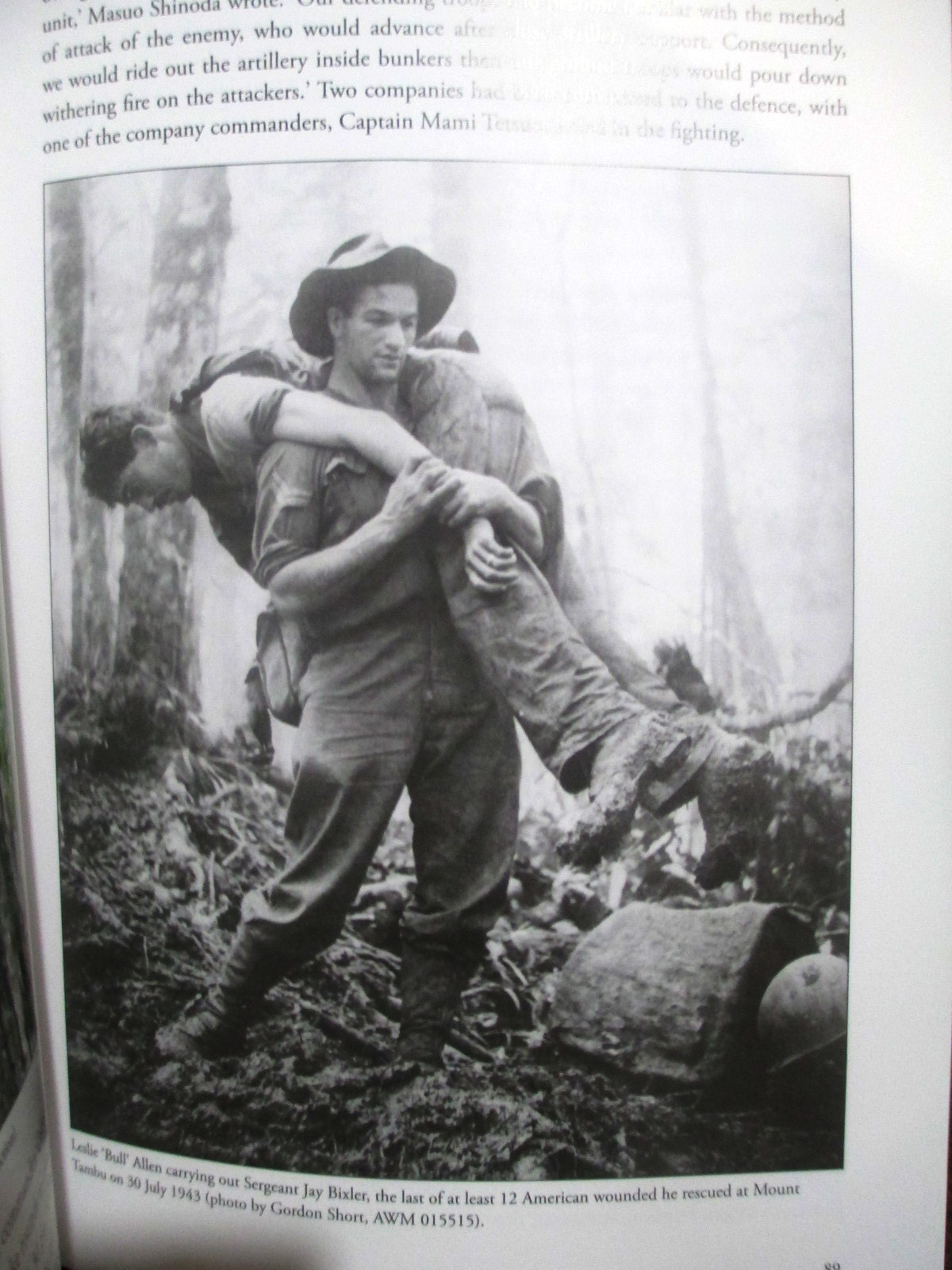 The American upon Bull Allen's shoulders in the famous photograph was unconscious, having earlier being knocked out by a mortar bomb. During the action two other medics had been killed trying to bring in the wounded. For his heroism at Mount Tambu, he would be awarded the Military Medal and later received his second gallantry award, the United States Silver Star.

Operations are excellently detailed in the narrative which is supported by numerous maps and Then & Now photographs. Giving the reader precise understanding of the battlefield. The action of the following units are documented;